The Monk and His Whore

the one that got away

My Daughter the Chinese Doctor 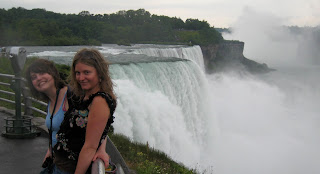 My beautiful, daughter, Dawn, graduated in December 2010!  I'm so proud of her!  She received a Masters Degree in Traditional Chinese Medicine (Acupuncture) from Five Branches University in Santa Cruz (she'll actually be a doctor in one more year).  She received her Bachelors Degree from UC Santa Cruz in 2004.  After completing a course in massage therapy, she returned to Santa Cruz to continue her studies in the healing arts.  I can see that this is her calling.  She decided on this field herself and followed through, four years, to completion.  I know she will make a wonderful doctor, her compassion for others is a keystone of her character.
Before she returned to Santa Cruz, Dawn embarked on her study of acupuncture at the College of  Acupuncture And Integrative Medicine in Berkeley.  She was not happy with the Maoist philosophy of the school that separated the spirit from the body.  Dawn believes that the spirit and the physical need to be treated as one in order for healing to be complete.  That is why she has been concurrently studying medical Qigong and Daoist philosophy at the Institute in Monterey.  She told me that studying Qigong is like studying magic.  We tease her about going to "Hogwarts".  Dawn has also been to China a couple of times to follow this course of study.  I learned about a year ago that on these trips she has been initiated into an ancient Daoist order.  I am so impressed by her accomplishments.
Her dedication to this course of study is particularly gratifying to me personally.  I lost my faith in western medicine at the age of twenty when I realized that my own father, a medical doctor for 50 years, was out of touch with the real causes of health and disease.  At that age I also gave up my beliefs in traditional religion.
When you give up your belief systems, life becomes scary... It's like you are floating in the void.  You can no longer rely on others for answers.  As much as I wanted to believe that someone had the answers, someone in a white coat or a white beard, I just couldn't.  I had a mind opening experience working with a naturopathic physician in Sacramento.  I saw people with cancer that the medical establishment had given up on.  One man had a huge scar the length of his abdomen where the doctors had opened him up and then closed him back when they realized they couldn't help him.  I believe that chemicals, surgery and radiation do more harm to the human physiology than good.
When Dawn was a child, I wanted to teach her and her sister, Gaea, about religion and spirituality.  But I didn't know what to tell her.  I let her know that I believe there is more to everything than we understand.  I also gave her a book about Edgar Casey, a documented healer, who saw his deceased grandmother as a child.  I guess not teaching her what I didn't know helped her to find her own path.  How exciting for her, a mature adult now, to embark on this new life as a professional healer.  Where this path will take her in life is anyone's guess.  Dawn, my beautiful darling, I am so proud to have brought you into this world.  Your gifts and light will be welcome where ever you go!